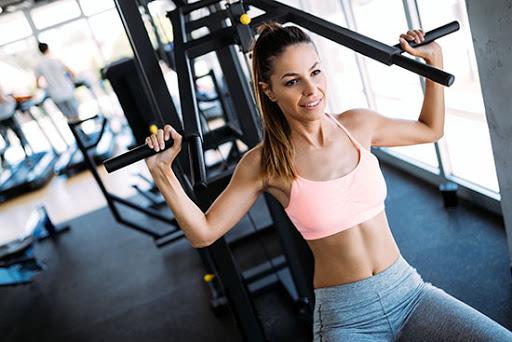 The Top 10 Shoulder Workouts For Men

Shoulders are some of the most important muscles to exercise if you are working on your overall physique. Why? Because they frame the entire body. Whether you’re wearing a t-shirt, a suit, or going shirtless, having toned shoulders will give out a commanding presence. Bold shoulders also give the look of a tapered torso, which helps you look lean.

And regardless of what your goal is, there are so many ways to work out your shoulders. But no two people can work out exactly the same. Whether it’s the sequence or choice of exercises, how heavy to go, how many sets for each move, the number of sets completed, advanced training techniques, length of rest periods, etc. every lifter has their own unique workout DNA.

Don’t get us wrong - individuality is a good thing. However, there are some principles that do make some routines better than others, especially for certain goals. So, instead of giving you thousands of different ways to train your delts which would probably make this article nerve-racking to read we’ve drawn them down to the top 10 shoulder workouts for men.

The push press is an absolute powerhouse and will appeal to the fans of heavy compound exercises. It essentially combines overhead action with enough momentum to allow for better handling of challenging weights. It’s actually a great leadoff exercise for workouts focused on mass gain, so long as you start light in order to be well warmed up before starting the poundage.

The push press is ideally a closed kinetic chain exercise, which means that your legs remain on the floor. Your motion involves multiple muscle groups, from the legs, the arms, and the shoulders, which have to work synergistically to introduce functional components to what would have otherwise been a bodybuilding workout routine. The push press movements help make sure that your muscles aren’t all show and no-go when you actually need them. 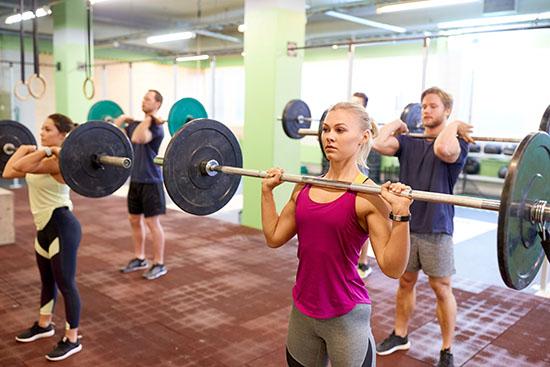 This is ideally a big compound move that should get things going. And if you dream of having those large, barn-door shoulders and you’re yet to try a barbell press, you simply aren’t trying hard enough. The press isn’t for everyone though it’s challenging, often uncomfortable, and overall a high-intensity workout. Still, it’s one of the most effective ways of developing your deltoids.

Start with a warmup set that focuses on time under tension, which is the time you actually spend moving the weight. Aim for 4-seconds lowering and a 2-seconds upward blast. This will help strengthen your shoulders for the workout ahead.

It might sound like something off an ageing Hollywood star’s to-do list, but this is actually a different kind of sculpting building striated, pronounced rear delts. The face pull essentially targets multiple joints and rear delt, which sets it apart from other moves that only target the rear delts.

What makes this exercise superior to the conventional cable and bent-over dumbbell raises is that it involves the mid-trapezius and adds in some leverage, which ideally lets you handle the more overall weight. Overloading the muscles this way will directly lead to growth.

With the cable front raise, you engage the frontal delt to take on the load, and your muscles will benefit from that continuous tension that the cable provides. In case you find the shoulder workout heavy on the press, consider prioritizing the rear and lateral delt raises, but from a muscle-building perspective. Raising the cable to the front is brutally effective.

The front raises eliminate the awkwardness caused by the drag due to the placement of the cable inside laterals across the body. This is because it allows the cable to remain free to roam during the range of motion. Sure, it’s a small perk, but it eliminates a possible distraction when repping.

For shoulders that will easily fill out your t-shirts, you’ll definitely need rear delts that keep up with the meaty middle and front delts. The rears actually need their own attention to thrive, while the front and middle delts get additional work during shoulder and chest presses. The reverse fly ideally comes to the rescue, by adding a dimension of balance and muscle control that the more common reverse-pec-deck fly can’t match. 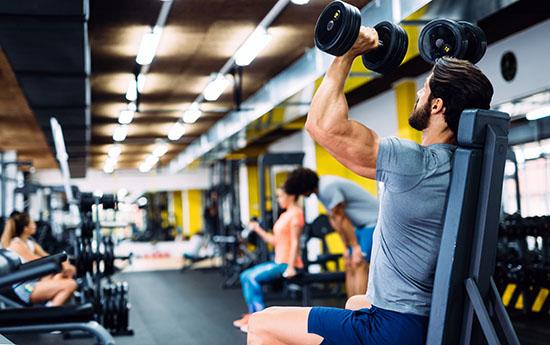 Target areas: trapezius and the middle, front, and rear deltoids

In the bodybuilding world, there’s quite a number of people who passionately hate the smith machine. To them, it’s a crime against lifting, and they’re probably wondering how it made it to our top 10 shoulder workouts for men.

And while we agree to some sense, we believe that the Smith machine can help you with strength training, learning body control, beating sticking points, and even improve the upright row version of the typical barbell.

Although the upright row is usually thought of as an exercise for the middle delt, research has shown that the wide grip can actually work out the rear delts as well. Plus, the smith machine helps to minimise unwanted stress on the shoulder and back joints, in comparison to the dumbbell or barbell upright row. This is because the bar is at the front rather than in contact with your torso.

There are a number of flaws in the dumbbell lateral raise that we could point out. However, don’t let them dissuade you from this impressive exercise. Lateral raises can actually put a good amount of tension to your middle delts, even if you cheat a little on the final reps as you approach muscle failure. This is because these raises essentially attack the target muscles as intended.

The bent over raise is quite a versatile exercise, and it can be performed either seated on a flat bench or while standing. Since you’re using dumbbells, it means that other muscles will inevitably come into play to help with stabilization, which may mean a lot for your rear delts, but will also help you form a more functional physique overall. 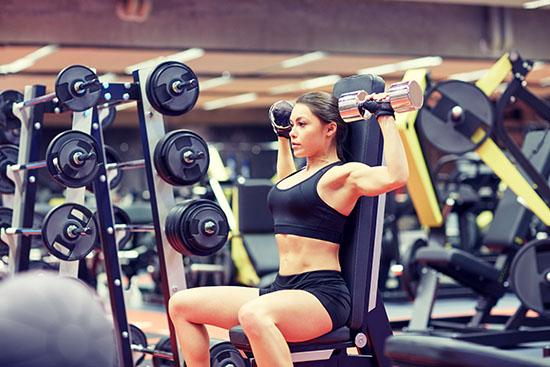 The dumbbell version of the shoulder press beat out the barbell version, but only marginally. And while you can’t probably handle the same weights as you would with a barbell, the dumbbell press has some extra benefits. It requires a bit more coordination, and working with two separate dumbbells will prevent strength imbalances.

Similar to the cable reverse fly workout, constant tension is ideally provided by the cable, in this context right at the middle delt that splits at the centre region of the deltoid muscle. Cable lateral raises are ideal for drop sets to failure since it’s so easy to switch between resistance through the pin located at the weights stack. For a change, you can try having the cable run behind your back rather than across the front.